Abstract: This arTIcle describes an applicaTIons circuit for the MAX4455 Arbitrary Graphics On-Screen Display Video Generator to reduce the effects of finite switching TIme on the inserTIon of graphics onto a video signal.
This application note describes a circuit modification to the MAX4455 EV board that will improve the performance of the MAX4455 / MAX4358 chip set by reducing on-screen display (OSD) artifacts caused by finite switch time effects. This modification can be included in any similar MAX4455 / MAX4358 application circuit yielding the same performance improvements.

The MAX4455 is an 8-channel arbitrary graphics OSD generator and the MAX4358 is a 32 x 16 crosspoint switch with integrated fast MUX for OSD insertion.

Explanation of Finite Switch Time EffectIn the MAX4455 there are two outputs involved in the generation of the OSD graphics: the first output, the OSDFILL, is the analog representation of the video fill signal, and the second output, the OSDKEY, is a digital signal that controls the turn on and turn off of the fast MUX switch. They are synchronized to within a nanosecond or so at the output of the MAX4455.

Due to the finite switching time of the fast MUX in the MAX4358, the OSDFILL signal emerges slightly delayed from the OSDKEY signal. This results in a slightly delayed OSDFILL graphic with a trailing black level (0 IRE) equal in width to the switch delay time (as shown in Figure 1). This effect may be objectionable in applications that display all white characters, due to the high contrast between the white character and the trailing black edge. This is even more obvious on a light background due to the light dark light pattern.

Figure 2. Modification to the MAX4455 EV circuit board on channel 0.

With the continuous development of technology, Led Video Wall has been widely used in various industries. 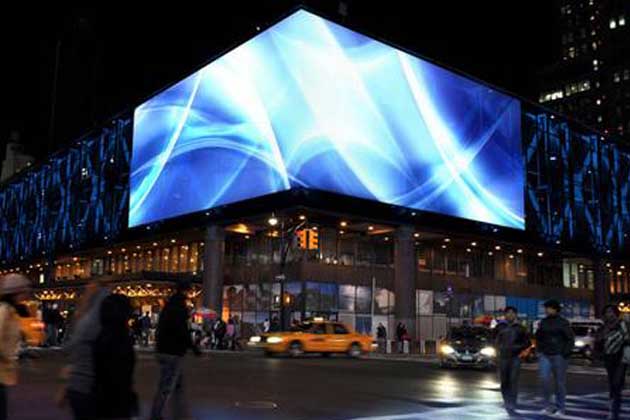