Zhenmingli Group is the leader of the LED industry in our city.

In November 2009, Jiangmen LED Industry Alliance was established, which will accelerate the development of the industry.

In 2010, the national semiconductor lighting electronics industry standard release and publicity conference will be grandly opened in the city tomorrow, the LED industry national standard officially announced, which is of great significance to the LED industry, especially the development of Jiangmen LED industry. In recent years, under the great attention of the Jiangmen Municipal Party Committee and the Municipal Government, the LED industry, which is one of the emerging industries in the city, has developed rapidly. Since 2007, the industry has been sung at a rate of more than 30% per year. Last year, the output value reached 66.29. 100 million yuan.

Has more than 100 LED manufacturers

The LED industry started early in the city and has a good industrial foundation. After development, the city has initially formed an LED industry chain from upstream epitaxial, midstream chip manufacturing to downstream packaging applications, becoming a national electronic information industry base, a provincial (provincial) green (semiconductor) light source industry base and a Guangdong torch relay semiconductor green lighting. Industry Base. At present, there are more than 100 LED lighting production and application enterprises in the city, and more than 1,000 related enterprises.

In January 2009, at the ceremony of the first optoelectronic technology research institute in the city, the Lide Huagong Optoelectronic Technology Research Institute, Tan Jizu, deputy secretary of the Jiangmen Municipal Committee, said with deep feeling: "The Zhenmingli Group has grown stronger, indicating that the company 10 It was the right choice to invest in Jiangmen many years ago. It also shows that it is a very sensible move for enterprises to choose LED products for R&D and production.â€ As the â€œleaderâ€ of the green light source industry in Qiaoxiang, the Taiwan-funded enterprise Zhenmingli Group in just 10 years During the time, a small factory with only a few dozen people developed into the world's largest lighting group, and also the world's first lighting manufacturer to complete the integration of LEDs in the middle, middle and lower reaches. Last year, the output value reached 2.185 billion yuan. Regarding the gorgeous turn of Zhen Mingli, Guangdong Provincial Governor Huang Huahua praised it as â€œa model for enterprise transformation and upgradingâ€ when he researched it in the city last year.

In addition to Zhenmingli Group, the city also has well-known enterprises in the industry such as Jianlongda Optoelectronics Technology, Keheng Industry, Jiaguang Electronics, Jiatai Electronics and Changli Optoelectronics Technology. By cultivating leading enterprises in the LED lighting industry, it is better to achieve the "point-to-face" effect. Nowadays, the growth and development of a large enterprise has driven the prosperity of an industrial park and even a regional LED industry.

In September 2009, at the city's informatization work leading group meeting, when talking about vigorously cultivating the green (semiconductor) light source industry, Mayor Wang Nanjian emphasized: "The LED industry as a new industry has broad prospects and huge market space. Currently I The city has certain advantages in this respect, but this temporary advantage is still very uninsured. If you do not increase your investment, the advantage will easily be lost!" To this end, Wang Nanjian requested that policy and financial support be increased. Intensify and create a good development environment; actively promote the launch of LED application demonstration projects, government departments and public utilities projects take the lead, encourage the use of contract energy management mode, and accelerate the promotion and application of LED light sources.

Last year, the 59th executive meeting of the 13th session of the municipal government reviewed and approved the â€œGreen (Semiconductor) Light Source Industry Development Plan of Jiangmen City (2009-2015)â€, and proposed the idea of â€‹â€‹industrial development: through government promotion, overall coordination, market-oriented The enterprise is the main body, and in accordance with the principle of â€œbreaking through the upstream, making the middle and upper reaches, and expanding the applicationâ€, the industrial chain will be further improved and the industrial agglomeration will be enhanced. Relying on the existing industrial base, through introducing, digesting and re-innovating, improving the independent innovation capability and core competitiveness of enterprises, actively cultivating leading enterprises and well-known brands; strengthening the planning and construction of the park, building a display transaction service and testing and researching public service platform Further optimize the industrial development environment; improve the investment mechanism, actively introduce various funds to support the rapid development of the green (semiconductor) light source industry.

The plan also proposes to accelerate the development of the green (semiconductor) light source industry in accordance with the development layout of â€œone core park and multiple radiation zonesâ€. This core area is Jiangmen High-tech Industrial Development Zone.

Innovation is the driving force for industrial development, and Jiangmen LED industry is well versed in this. The main LED companies in our city pay attention to R&D investment, introduce talents, and actively cooperate with institutions of higher learning and scientific research institutions. Such as Zhenmingli Group, it has not only become the first batch of national high-tech enterprises recognized in the city, but also one of the most industrial enterprises in the city with the largest number of patent applications and authorizations. In the past two years, the number of patent applications filed by enterprises has reached nearly 400, and the number of licenses has reached 303. Now, the new patented products have accounted for about 80% of the total products of the company. Jiangmen Keheng Industrial Co., Ltd., through scientific and technological innovation, produces the rare earth phosphor quality and sales volume, ranking first in China for three consecutive years. It is the country's largest manufacturer of trichromatic phosphors for lamps.

At the same time, the city further promoted the construction of industrial platforms and supported the cultivation of the LED industry, which focused on building various public service platforms. In the future, we will focus on building five major public service platforms: research and development platform, LED light source analysis and testing certification center, resource sharing platform, results transformation platform, and product display trading platform. These measures will effectively promote the technical innovation of the LED industry in our city, especially the construction of the brand.

In November 2009, at the â€œGuangzhou High-tech Zone LED Industry Development Plan and the Jiangmen LED Industry Alliance Inaugural Meetingâ€, Wu Zizhen, member of the Standing Committee of the Municipal Party Committee and executive deputy mayor, said that the development of the LED industry has a lot to do in Jiangmen and is the focus of development in the future. Emerging industries are also an important starting point for the city to build a key manufacturing development zone for advanced manufacturing.

As one of the emerging industries, in recent years, the transformation of the city and industrial investment have been carried out simultaneously, accelerating the pace of industrial agglomeration.

The first is to guide local enterprises to upgrade and transform. Guide traditional lighting factories and electronic information enterprises to turn to the green (semiconductor) light source industry, and provide financial support in many aspects such as technology; followed by investment in supporting enterprises of peripheral LED application clusters. In response to the huge market demand for industrial clusters such as vehicle production and LED lighting in the vicinity of the city, we will actively introduce upstream production or supporting enterprises for related application products. Third, undertake industrial transfer of seven major industrial bases, and introduce imported enterprises. And improve the weak link of the LED industry chain in our city.

In recent years, the city has also achieved certain results in attracting investment from Taiwan. Under the leadership of the city leaders, the city organized two delegations to Taiwan last year to conduct special investment promotion for the high-end projects of the LED industry. At the beginning of the new year, Zhong Kuanren, the chairman of the listed company Taiwan New Century Optoelectronics Co., Ltd., and his team visited the city. Recently, three other well-known enterprises in Taiwan will also come to our city for inspection and plan to invest in the LED industry.

When the wind and the waves break, there will be time when the clouds sail to the sea. In the context of the gradual warming of the global economy, through efforts, in time, Jiangmen Qiaoxiang LED industry will certainly achieve impressive results, Jiangmen will become a veritable "based on the Pearl River Delta, facing the country, never fall, Zhujiang Guangcheng" "!

We hope to be your best supplier with the elements of superior performance and reliability, lowest prices, most rapid delivery times and the best customer service. 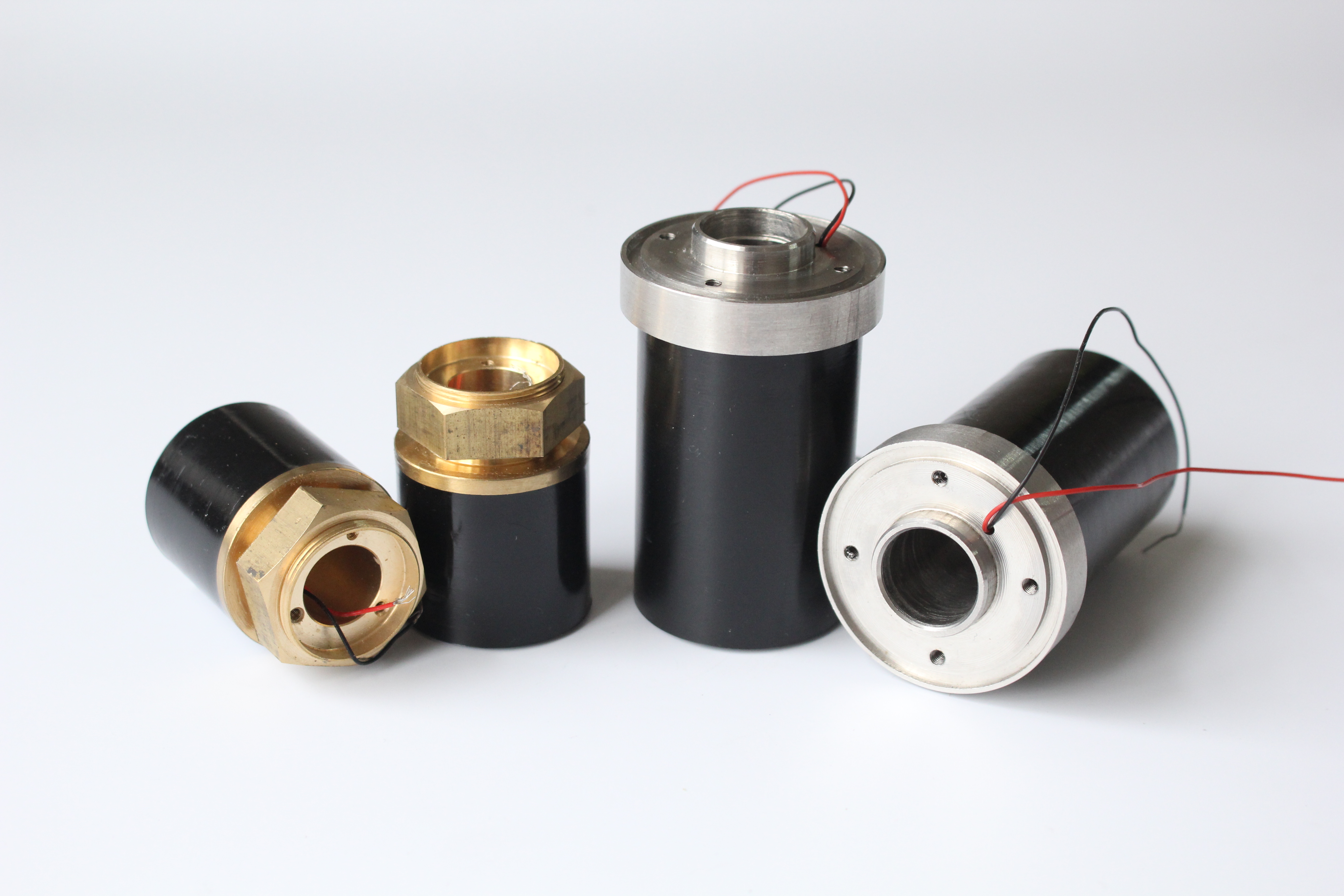