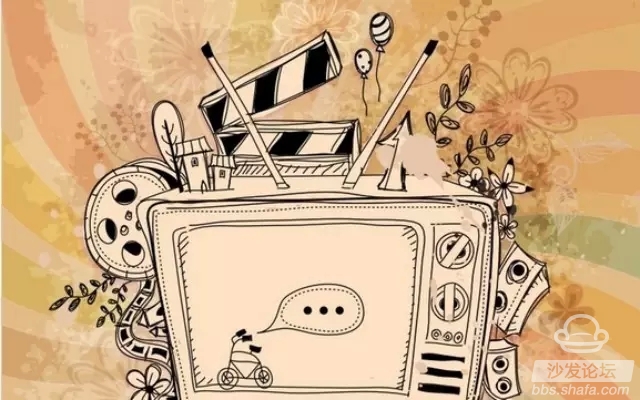 Some people say that last year was the first year of the "net generation" of China's film and television industry. The general background of this concept is that the Internet's thinking and genes are transforming any traditional industry.
At present, the pattern of China's television industry has changed dramatically, and the era of "TV + Internet" industry convergence has been announced - "net generation generation."

TV media needs to be subverted from "content creation as the center" to "user-centered", from the broadcasting pipeline to the interactive platform, and from a simple "content production organization" to a "content distribution platform" and need to be separated from the screen. The audience established a connection anytime, anywhere.

On the evening of October 12 last year, Hunan Satellite TV's "Golden Eagle Festival Internet Awards Gala Evening" was particularly surprising: it was not only the first large-scale event in which traditional media presented prizes to new media, but also "TV barrage" and "broadcast sweeps." Internet thinking, such as code, played a wonderful effect on a TV party and pulled young viewers back to the living room.

First of all, this evening will be mobile Internet elements "barrage" moved to the live site, the user in the Mango TV (PC, Phone, Pad side) watching the evening live broadcast, as long as the interactive message through each port, the message will be "Barrage The form of the game appeared on the live broadcast screens of Hunan Satellite TV and Mango TV. The introduction of the "TV Barrage" realized the integration of television and Internet technologies for the first time.

Secondly, during the advertising time of the party, Mango TV set up special links on the PC, Phone, Pad and Internet TV, reflecting the zero-distance interaction between fans and celebrities, and realizing the entire advertisement-free webcast.

Finally, the evening party used the two-dimensional code technology to conduct interactive experiments such as APP application downloading, snatching awards, obtaining useful materials, and voting attitudes. From the point of view of the amount of interactions of nearly 10 million times, it basically verified the interaction in the form of the program and the future. The huge and imaginative space in the business model.

In January of this year, some media released the list of "2015 Most Wanted TV Dramas." In addition to Tiger Mom and Dad, the top ten were counted as "Original Scripts." Internet hot novels. Some commentators even believe that this year, there will be a trend of "writing contracted" television scripts by a network of novels.

In fact, starting from the startling step of 2011, network novels have begun to accelerate the penetration of the film and television drama market. Relevant data show that as of the end of 2014, a total of 114 online novels sold copyrights in film and television adaptations. Among them, 90 plans were made into TV dramas, and 24 were planned into films.

Although the price of online novels is not high, its added value is very high. Apart from providing complete characters, stories, and fresh perspectives for movies and television dramas, popular internet novels have a huge fan base. Different from the traditional novels, the network fiction writers will adjust the plots and adapt to the needs of the market at all times through interaction with readers. Many online novel writers have millions of hardcore fans and hundreds of millions of hits. Some publishers have done an exaggerated description - as long as the name of a popular Internet writer is printed, a stack of waste paper can also be sold.

A producer boldly speculated that the next Qiong Yao must have emerged from an online novelist. The network novel is a kind of popular literature. It not only fits closely with the general readers' psychology, but also is suitable for transcoding into film and television language.

The number of early television channels was limited, and the television market was far from being subdivided now. It was an era when the audience spectrum was becoming idiosyncratic. At that time, the television station was a strong content exporter, and it hardly needed to cater to the needs of any "fans." The fan economy has no way of talking about, or, in the case where almost all people are â€œfansâ€, it doesnâ€™t matter â€œfansâ€. Until 1997, Hunan Satellite TV hits the ball, and the phenomenon of â€œreturning fansâ€ begins to appear. At the same time, a series of entertainment programs of Hunan Satellite TV took place in the entertainment industry. Hunan Satellite TV Entertainment set up a platform to display the slogan of â€œHappy China.â€ A large number of young TV viewers became loyal fans and TV entertainment programs. The "fan effect" began to appear. In 2005, Hunan Satellite TV launched the second "Super Girl", which for the first time used mobile phone voting to completely detonate the "fan economy." Since then, Hunan Satellite TV has taken advantage of the situation and responded to the requests of fans. The channel was dubbed â€œMangoâ€ and the â€œMango Fan Festivalâ€ was held. The â€œfan vernacularâ€ was built over 900 square meters next to the studio and the fans were saluted. .

2. Targeting the target user group to position a stroke

With the precedent of Hunan Satellite TV, each of David has also launched a new version of the annotation based on his own image of the station logo, combined with the views of netizens. Jiangsu Satellite TV "Litchi Taiwan", Dragon TV "Tomato Table", Zhejiang Satellite TV "Blueberry Taiwan", Guizhou TV "Apple Taiwan", each of David sees a round of "fruit fight", all hope to use an easy way to meet the audience's way of thinking The name, in the eyes of the audience establish a brand new brand image.

The "fruit fight" is only a short-term way to gain eyeballs. More TVs are actively involved in the actual fight of "fighting fans." Jiangsu Satellite TV positioned "emotions" and launched a series of variety shows focusing on family, ethics and emotions, such as If You Are the One. Zhejiang Satellite TV is positioning the â€œdreamâ€. The Chinese dream shows a chance for the general public to do things that they could not possibly imagine; Chinaâ€™s good voice constantly asks each studentâ€™s musical dreams. Anhui Satellite Television, a TV station known as the "Dolphin Watch," closely watched the ratings of its own housewives. Its slogan was "Playing the World, Passing the Love of the Family", making the TV show the ultimate and earning itself a resounding. The title of "TV Huai Jun".

If the television station is a processing factory and the television program is a product on the production line, then the upstream-brand image positioning, product production and other basic processes have been completed, and downstream-brand image promotion, consolidation of consumer groups and other follow-up work must be completed. Items follow up. From the interactive participation of SMS to the applications of Weibo, Weibo, and mobile phone clients, the viscosity of users has risen unprecedentedly, and the original vague audience has become an accurate audience. The one-way communication mode has become multi-dimensional. spread. The Davids are eager to merge new media, seize beachheads, and consolidate their fan base.

For example, Hunan Satellite TV has a mobile phone client "Mango Circle App" for audience voting, a companion application "Hula", a mango TV video site, a gold "mango" for fans to create, and a Hunan TV fan network. In the end of the World War I of Jiangsu Satellite TV, a game application with the same name as the TV program game rule was developed on the mobile client.

There is a good "fans" basis, and then develop new platform channels, further increase the "fans" of viscosity, and thus have a more solid "fans" basis, for television programs, the space to play will be more and more Big, such a virtuous cycle, one hundred should not be impossible.

Concluding remarks: At the moment, the demand for television content from television audiences has risen to a new level. Under such circumstances, it is impossible for TV media to immerse in programming as it once did. It must take into account the audience's position to clearly define its position and develop a solid fan base. . In the era of multiple screens, the means of television programs cannot be single. They are guarding a screen to make a fuss. As a result, the new generation of audience holding an iPad will eventually get away from it.

This content is copyrighted exclusively by SofaNet. Welcome manufacturers to further exchanges and cooperation with us to create more in-depth product reports.