The independent innovation of wireless communication in China for 20 years not only makes China's wireless communication become a global leader, but also makes China's radio management business flourish. With the acceleration of the number of modules, the emergence of new formats such as Internet+ has also brought radio management into a new normal.

Lu Gongchao, director of the Beijing Radio Administration Bureau, said that with the development of China's radio industry for many years, especially the successful industrialization of a number of communication standards with independent intellectual property rights, China's wireless communication development has reached a new level. 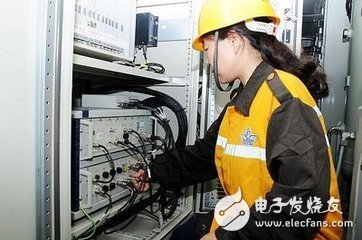 Carrying on the past: private network communication to meet the new normal

For example, Lu Gongchao said that the McWiLL private network previously built in Beijing was built by Xinwei and provided equipment. Beijing Gehua operated. In the more than 10 years of its operation, the technology and equipment performed well and completed various tasks. task.

With the rapid development of global broadband trunking communication and the establishment of a government-specific private network in Beijing under the new situation, a new generation of broadband band group solutions based on TD-LTE technology has begun to emerge, especially the B-TrunC (Broadband Cluster) Industry Alliance. The establishment of this process has accelerated this process. The B-TrunC system has high spectral efficiency, low latency, and support for voice and multimedia cluster services, which can meet user needs.

According to Lu Gongchao, the emergence of TD-LTE-based broadband clusters has enabled traditional public network equipment providers to enter the private network. For example, Huawei and ZTE have successfully entered the special network through public network. The online market, this will undoubtedly further enrich the private network market, making the competition in the private network market more reasonable and making users more selective. At the same time, due to the unification of broadband cluster standards, it enables devices of different manufacturers to adapt and interoperate, and change the situation of traditional cluster vendors to fight each other. You can cooperate and innovate under the same standard platform, so that China's broadband cluster industry will further expand. Be strong and achieve a win-win situation.

The demand for large-bandwidth spectrum in the broadband cluster system has also changed the network construction mode built by the original departments. The mode of a government-specific private network in the city is being recognized.

Lu Gongchao used the Beijing Municipal Government Affairs Network as an example. The Beijing Municipal Government Special Network created the model according to the whole city's one network. All departments realized communication on this special network. The private network runs on the 1.4G frequency band and has 20M bandwidth, which not only saves a lot of spectrum resources, but also complete 20M bandwidth can meet all the large bandwidth service requirements, such as video and big data file transmission.

The professional business is handed over to the professional company operation management to undoubtedly maximize the efficiency. At the same time, the purchase service model also greatly reduces the government's initial investment. It is understood that this model is currently being promoted nationwide. However, in this regard, Lu Gongchao hopes that in the future, operators such as Capitel will be able to do more, so that the industry will be more competitive under the premise of ensuring profits. So that the industry can achieve healthy and healthy development, so that all parties in the industry can achieve a win-win situation.