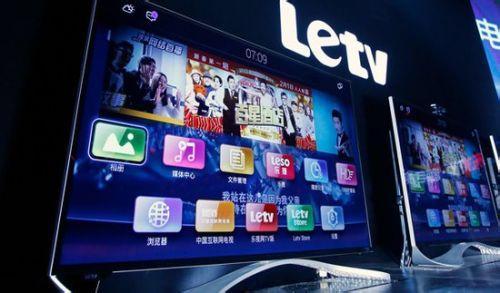 At the end of the year, it is the final sprint stage for color TV makers. The year-end TV show has already become a common practice, and it has been especially early this year. Reporters saw in Foshan appliance stores, the major TV brands have posted price information, the price range is very attractive. Thousand yuan smart tablet is not only on the Internet, even in physical stores everywhere.

In addition to the price, the major brands are all eye-catching with the concept of â€œ4Kâ€, â€œ85-inchâ€, â€œcurvedâ€, â€œOLEDâ€, â€œ8-coreâ€ and so on. Thousand yuan smart TV value is not worth buying? Which surface, OLED, or 8 core should I buy?

The price of color TV was diving at the end of the year. In 2013, Internet companies started to enter the field of smart TV and repeatedly lowered the average selling price of smart TV. Last week, LeTV once again reduced its Super TV S40 from 1999 to 1499 yuan. Recently, reporters found on the Internet that 32-inch flat-panel TVs from several brands have fallen to the thousand yuan. Color TV to fight price war at the end of it?

Even the big hotspots are now offering promotions. At the Suning Zumiao shop, the reporter saw Skyworth and TCL each with a 84-inch and 85-inch 4K TV, and the marked price was close to 100,000 yuan. According to the shopping guide, promotions are now available but there is no incentive to disclose specific prices.

In the face of crazy low-priced smart TVs, some consumers can't help but wonder: Can ultra-low-cost smart TVs from internet companies be bought? According to relevant personage analysis, the profit model adopted by Internet TV manufacturers is different from traditional TV manufacturers. Hardware is only the carrier they use to promote their services. Therefore, their strategy is "hardware does not make money, software makes money." Consumers need to pay attention to avoiding the gold traps that network services may trigger. These low-priced smart TVs may also be considered for purchase.

Popular Concept TV prices are high from LED, plasma TVs, to 3D TVs, cloud TVs, and to 4K TVs that appeared at the end of last year. TVs have emerged in recent years with new technologies and various new terms and concepts have emerged.

In the first half of this year, the hottest word for television was 4K televisions, but recently it was quickly overshadowed by curved TVs and OLED TVs. Sony's curved surface TV was first put in the sky blue electronics Nanguang shop. Last month, Samsung's OLED surface-mounted TVs attracted more people to visit them.

However, the relevant personnel reminded consumers that the same "surface" TV has an essential difference. The same is OLED TV, there are differences between curved and non-surface. For example, Sony's curved TVs use ordinary LCD panels instead of OLED curved TVs that are actually based on flexible display devices. Samsung and LG's curved surface televisions are OLED curved televisions made with flexible display devices. This TV is considered to be the next generation of display technology that truly replaces LCD TVs.

Skyworth TV related personnel said that the OLED TV itself can be made into a curved surface. The advantage of a curved surface is that it is best to watch TV in the center area, so the larger the screen, the more the best viewing point in the middle area. Therefore, in the 55-inch specification, Skyworth will use flat OLED technology, but in the future will use curved surface technology on large-size TV.

For the first two years in the 3D TV field has appeared in the polarization of 3D and shutter 3D contention people still fresh. In the field of OLED TVs, there are also RGB and WRGB technologies. Samsung and LG each pushed one of them. According to the introduction of the guides, WRGB has better contrast, and RGB technology is better in color purity, but it is currently inferior. Consumers do not have to stick to this.

Curved TV or trend In recent days, AVC, a market research organization, has attracted attention from all parties in the forecast for the domestic color TV market. The forecast shows that the sales volume of color TVs in 2014 will fall by 4.6% year-on-year. This forecast has set the tone for the color TV market in 2014, which also means that color TV companies' market operations next year will be accompanied by a decline in sales volume. Lu Jiebo, deputy secretary-general of the China Electronic Chamber of Commerce, also stated that the sales volume of flat-panel TVs in China this year will be 45 million units, which is expected to drop to 44 million units in 2014, and the overall trend is downward.

In fact, the downward trend in the third-quarter report of TV companies has become apparent. Hisense Third Quarter Report reported that net profit fell by 4.7% year-on-year. The sluggish demand in the domestic TV market in the third quarter was the main reason for the decline in Hisense's performance. Another color TV giant TCL said that TV sales fell during the period from June to August when the energy-saving policy was withdrawn. It only stabilized in September, but it is still in a weak recovery trend. In the third quarter, Shenzhen Konkaâ€™s net profit fell sharply by 82.47%. Skyworth, on the other hand, reduced the 2013 sales target for color TV sets from 14 million units to 13 million units, reflecting the pessimistic forecast of the company's market.

The third quarterly report of TV companies has shown the lack of strength in the growth of the industry, indicating that the peak period has passed. Household appliance industry observers have analyzed that in the past two years, color TV companies have become more and more innovative, smart TVs, 3D TVs, 4K ultra-high-definition TVs, curved TVs, and OLED TVs have constantly refreshed TV technology. The lackluster growth of the next year may drive color TV companies to carry out product innovations more vigorously. Perhaps the competition in the color TV industry cannot be maintained by the trend of the current price war. Instead, it presents differentiated competition based on technological connotation.

Therefore, related parties predict that with the advent of curved OLED TVs, it is expected that OLED will be listed on a large scale next year. At present, there are no mandatory technical standards for OLEDs in the industry. There will be many technical schools existing at the beginning of the market. However, it is expected that prices will not drop significantly in the short term, but consumers will have more choices.